7 Rock & Roll Festivals that Changed History (For Better or Worse)

You are Here!:Home/Festivals, Music, Rock/7 Rock & Roll Festivals that Changed History (For Better or Worse)
Previous Next

7 Rock & Roll Festivals that Changed History (For Better or Worse)

7 Rock & Roll Festivals, – or Hooligans causing a ruckus. That’s modern music in a nutshell, right? Don’t be so quick to judge! After all, you may have been one of those hooligans. Today we are reviewing 7 Rock & Roll festivals that altered public perception figuratively and literally.

But first, we need to look at Rock’s roots. Beatles or Stones notwithstanding, Rock & Roll has a uniquely American flavor. 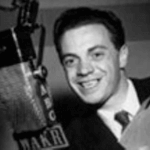 Sportscaster Alan Freed liked this Rhythm & Blues thing. And, despite being marketed towards African-Americans, young Americans did too. Record store owner, Leo Mintz, exclaimed to Freed, “Kids are rockin’ and rollin’ in the aisles to these records, but they won’t buy them!” Freed would bring R&B to the masses.

Freed changed gears and became “King of Moondoggers” for WJW radio. His late-night program broadcast artists of all backgrounds to all Americans. Having cornered the market, Freed’s next move would be to host “the most terrible ball of them all.”  The Moondog Coronation Ball at 3717 Euclid Avenue is America’s first Rock & Roll concert.

Though pre-Civil Rights Movement, Freed’s audience was multi-racial. African-American patrons were elated to discover that their champion was white.

Moondog’s Coronation Ball promised an eclectic lineup. It never made it past the first song.

No one could have anticipated the turnout. 20,000 attendees spilled in to the 10,000 capacity Cleveland Arena. Unbeknownst to ticket holders, Freed arranged follow-up dates. A printing error omitted this detail. Counterfeiting contributed to the exaggerated attendance.

Bob Dylan owes his career to the Newport Folk Festival. It was the first venue he achieved national recognition. His second performance marked a public transition from acoustic to electric. 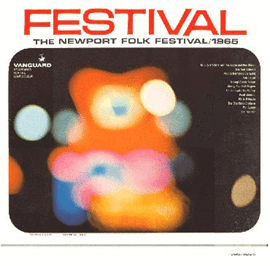 It’s understandable that Dylan’s audience felt they held stake in his career and image. The organizer, according to roadie Jonathon Taplin, discouraged electric sound. Dylan opened with electric version of Maggie’s Farm. Boos immediately erupted from the crowd. Dylan and company left the stage after the booing made their sound inaudible. He would not play at the festival for 37 years.

Hippie culture’s drug-addled big bang. Some could even illustrate it for you.

The festivals intention, in the minds of its organizers, was to explore new communication methods. Attendees were encouraged to participate not merely observe. Trips is widely credited with introducing psychedelic rock to the masses. It complimented an ongoing series of parties dubbed Acid Tests, which advocated LSD experimentation. The Grateful Dead frequently contributed.

Everybody there was as much performer as audience… We played for about 5 minutes and completely devastated everybody. They begged us to come back to the next one… That was probably the most important 6 months in terms of directionality.

Strobe lights and fluorescent paint adorned the hall. The sold-out event spanned 3 days. 10,000 hippies attended and hundreds were turned away.

The Acid Tests were so named after a procedure which distinguished gold from base metals. There was also a lot of acid. Guests were treated to Kool-Aid spiked with LSD. We suppose it’s a matter of opinion, but in hindsight that is reckless.  Long-lasting side-effects from LSD use are flashbacks, psychoses, and depression.

Logistically, Monterey Pop Festival set the bar for Woodstock. Fantasy Fair and Magic Mountain Music Festival was privileged to be America’s first technical rock festival by 6 days. Monterey Pop, however, was more influential. The Doors actually declined Woodstock because they believed that, “it would be a second class repeat…”

Considering the counter-culture it represented, Monterey Pop Festival was surprisingly well organized. Unfortunately, performing artists later admitted that LSD was dropped onto the crowd. Hence, everybody felt a buzz. Involuntary drug consumption aside, the festival gets brownie points for a compliant audience.

Often overshadowed by its ’69 counterpart. Newport ’68 would have been forgotten had it not been for the efforts of a county newspaper contributor. Sources indicate that Newport was the first rock festival to break 100,000 daily attendance record. Grateful Dead, Jefferson Airplane, Sonny & Cher, the Byrd’s, and Tiny Tim performed over 2 days. 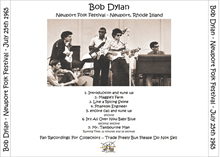 There may be a reason Newport ’68 was nigh forgotten. Following the event, Costa Mesa Mayor Alvin Pinkley stated, “To say that we would not like it back here would be the understatement of the year.” Travelers were in for a rude surprised when informed that ground zero offered no space to pitch tent. Anything resembling vegetation had to suffice. Water was in short supply. Attendees laid stretched out from heat exhaustion.

One attendee remarked, “It was just kind of like everything was thrown together in a parking lot.”

Everybody knows the name. Few know its history.

[su_youtube url=”https://youtu.be/HKdsRWhyH30?list=PL5jPQshWo8ryFVgGF2ddNsv5UL-CqakOB” width=”200″ height=”260″]4 New York entrepreneurs hoped to fund a recording empire. Following the Monterey Pop Festival’s success, the quartet agreed upon a for profit venture in Woodstock, New York. After a series of setbacks, they approached dairy farmer Max Yasgur about hosting in his field near Bethel. Adjusted for inflation, tickets sold at approximately $120. But the concert opened its gates to all after selling beyond its original number.

Credence Clearwater Revival paved the way for big name bands to join. Prior to signing, the venture encountered difficulty landing mainstream figures. In total, 32 bands played over the weekend. Grateful Dead, Janis Joplin, and the Who were paid cash. Richie Haven’s ‘Freedom’ kicked off the festival.

Jimi Hendrix was paid handsomely yet played to the smallest crowd. Deteriorating conditions forced Hendrix to play the final act on Monday morning. Societal obligations cut original attendance by half. Many gave Hendrix the courtesy of waiting until he made an appearance and then left. Despite dwindling numbers, fans chanted, “Encore”, and Hendrix obliged. He sent off the masses with his psychedelic Star-Spangled Banner rendition. One New York Post critic described it as “the single greatest moment of the 60’s.”

I think you people have proven something to the world… half million young people can get together and have three days of fun and music and have nothing but fun and music, and I – God bless you for it!

No major violence was recorded. Woodstock lived up to its billing, “Three Days of Peace and Music.”

The promoters faced a dilemma: Strengthen fences or the stage. Sheer numbers forced their hand when fences proved useless. Local authorities expected no more than 50,000 attendees. Hundreds endured mud, little food, and inadequate sanitation to watch the decade’s superstars. County traffic was backed up for 8 miles.

2 accidental deaths are known, as well as 2 births. Historians have yet to identify these ‘Woodstock babies.’

90% of attendees smoked pot. Only 33 were arrested on drug charges.

Max Yasgur faced more than 600-acres of garbage. Removal cost upwards of $650k by today’s standard. A concession stand was burnt to the ground after raising burger prices from 25 cents to a whole buck. New York Governor Rockefeller declared the festival a disaster area.

Hindsight is 20/20. Tommy James and the Shondells were basking in warm Hawaiian weather when they got word. Their secretary undersold it. “Yeah, listen, there’s this pig farmer in upstate New York that wants you to play in his field.” Tommy response was, as anyone’s natural would have been,

Did I hear you right? Did you say I would leave paradise, fly 6,000 miles, and play a pig farm? Is that what you just asked me?

We suspect that secretary became a pariah in her industry. Legend goes that Tommy’s rump is still sore from self-inflicted kicking.

Bob Dylan, on the which festival was modeled, forewent Woodstock to be with his ill child. Iron Butterfly was trapped overnight in an airport. Frank Zappa simply did not enjoy mud. Jethro Tull was more direct when he stated that he, “didn’t want to spend his weekend in a field of unwashed hippies.” Reflecting upon Jethro’s appearance, perhaps he protested the venue rather than his company.

The Rolling Stones successfully completed their set even though a man was killed (see below).

Sadly, Altamont Free Concert was Woodstock’s antithesis. The Stones haste to close out the decade with their own Woodstock sacrificed months of planning. For starters, no definite venue existed less than a week into the festival. A Hell’s Angels chapter provided informal security for more than $3,000 worth of beer by today’s standard. As you might imagine, violent gang members, booze, and revellers were a disastrous recipe.  Skirmishes broke out between the two factions. Angels employed pool cues and chains to keep the crowd at bay.

Grateful Dead were slated to play but left early following an assault on Jefferson Airplane singer Marty Balin. The night’s event culminated in massive auto theft, thousand-dollar property damage, and 4 births balanced by 4 deaths. Most notable was the death of Meredith Hunter.

Meredith Hunter brandished a .22 revolver and aimed, apparently, towards the Rolling Stones. A young Angels member stabbed the would-be assailant to death merely 20-feet from stage.

As John Belushi’s epitaph reads, ‘I may be gone but Rock and Roll lives on.” The Free Love movement is today the most widely recognized counter culture. It’s ethos and recreational drug use influenced the decades which followed. While pre-60’s wasn’t necessarily Rock & Roll’s peak, we believe the most iconic concerts happened during this era. Maybe you disagree. What are your fondest Rock & Roll memories from the 60’s or any other decade? Assuming you remember, please share every juicy detail in the comment section below.

“Passing on Woodstock: Who and Why?” Woodstock Story. Web. 27 June 2016. <http://www.woodstockstory.com/passingperformersbands.html>