You are Here!:Home/BBQ, Beer, Bratwursts/Bratwursts – Just in Time for Football Tailgates!
Previous Next

Fall is coming which means more tailgates centered around football tailgates! And that means more and more people are going to toss bratwursts on the grill! And, at the same time – some people shy away from grilling brats because of the perceived mystique of the stuffed link!

Have no fear – grilling Brats – aka Bratwursts – is as easy as grilling a batch of hotdogs. Here’s a couple of tips that you can use for serving up some perfect brats every you toss some on the grill.

Yes, you can use a beer bath to add some bonus flavor to your brats. However, most brats are sealed in a casing which limits the transfer of juices. So, that beer bath may not add as much flavor as you think to your finished bratwursts.

On the other hand, most people toss a whole bunch of veggies in with the beer. The veggies, most often onions and pepper slices, cook in the beer mixture, along with drippings from the bratwursts, and whatever added spices you toss in.

Before serving up the bratwurst simply toss some of the bath boiled veggies onto the hot grates to add some grill marks. Serve those tasty slices of flavor on the finished bratwurst. Some people use a beer bath, some use a fruit juice bath, some use a light marinade bath, and some just toss the things on the grill and go for it. All the above are fine.

Method for Bath Grilling a Bratwurst

My personal preference for grilling bratwurst with a beer, or fruit juice, bath is to rotate the bratwurst from bath to grill grate and back. Then, finish off with a quick roll across the hot grates. I start the bath first in a foil pan. This gives a chance for the liquid to heat up.

Keep them warm in the hot bath until someone walks up with a plate and bun. Roll the bratwurst across the grates to let any excess bath burn off before placing on the bun.

What’s up with the No Fork Rule? 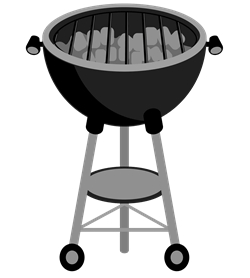 I’ve had several people question me over the years about why people say that you should avoid grilling bratwursts with a fork. The reason is that many people subscribe to the rule that you should never pierce the casing.

And, that makes sense – except for the fact that as most sausages in a casing cook they tend to expand. That means the casing will probably split anyway. So, just be careful not to destroy the casing and grill over lower heat. That way the bratwurst will cook completely through.

Can I cook Directly on the Grates and Skip the Bath?

Of course! Just take the time to reduce the heat some for a longer grilling time as mentioned above. Grill a bit slower to avoid charring the outside while having a raw inside. Here’s a quick way you can grill up some “Brats” for your next outdoor grilling session.

I do like using a bath when grilling bratwursts. Mostly because I can use the bath to keep the finished brats piping hot while people meander over to the grill. This is really a method more than it is a recipe so feel free to adjust to your taste buds. The whole point of this technique is to make sure your bratwurst stays nice and juicy! The choice of beer will add to the flavor. Play around with different varieties.

Directions: Place the beer and apple juice in a deep sided foil pan and place directly on the grill over medium high heat. When the mixture begins to steam – add the bratwursts to the grill and the bratwurst, onions, and peppers to the foil pan.

Close the lid and allow everything to simmer until bratwursts are beginning to puff up. Keep the pan on the grill but bring each bratwurst out onto the hot grill grates and grill it until golden with grill marks.

Return them to the “bath” and keep them nice and moist until you serve. You can place them back on the grill briefly if you want to get rid of excess moisture. It’s probably a good idea to have additional onions and peppers sliced up as the ones in the bath will be pretty limp at this point.

Just toss them into the bath for a minute or two and then grill directly on the hot grates before serving. Serve hot on your favorite roll, bun, and bread topped with your favorite items. For me, it’s mustard, the veggies, sometimes slaw. My wife enjoys her bratwursts topped with sour kraut.

Hope you enjoy the recipe and the upcoming football season. Because if you can’t be at the game… then you might as well fire up the grill like you are! I call it tailgating in place.

Kent Whitaker is a culinary writer, cookbook author, and winner of the Emeril Live / Food Network Barbecue Contest. He’s known as “the Deck Chef” as he specializes in easy recipes for back-yard grilling and barbecue. 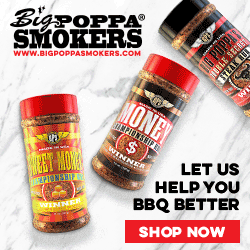